Networking with other professionals is an important part of everyone’s career as it allow for creating mutually beneficial and meaningful professional connections. But, it can be overwhelming to attend a conference, prospective client meeting or a public event and try to connect with others. The ability to network successfully seems to be a dark art that a handful of people know or an inherent skill that only certain types of people possess.

Like anything else, networking with other professionals is a skill anyone can learn. It is an act that can be broken down into a series of repeatable steps that can be learned and followed by anyone and everyone. This presentation breaks down the act of professional networking into a series of simple steps and practices. Using the speakers personal experiences as case studies, attendees will learn how to follow these steps and practices to build and grow their own professional networks.

MichaelMiles
Genuine
VP of Technology
I have been working with Drupal since 2008. I have done everything from theming, module development, to full on project architecture. I am active in the Drupal community and I submit modules, patches, organize sprints, speak at conferences/camps and help run the Boston Drupal meetup. I am an "Acquia Grand Master" and in 2014 was named an Acquia MVP for the Drupal work I had done.

I am the V.P. of Technology for the Digital Agency Genuine headquartered in Boston. I am also the host of the podcast Developing Up (www.developingup.com), where we talk about the non-technical side of being a developer (such as how to work on a team). 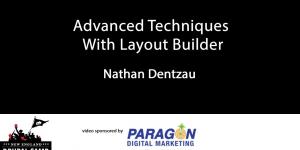 I switched to Linux - you can too