What path forward? The future for non-profit organizations still on Drupal 7

Drupal 8 was released 4 years ago (November 19 2015); there's a lot of buzz about Drupal 9
But, the vast majority of the community that uses drupal is still using Drupal 7.

Drupal use statistics showing number of sites using different versions of Drupal. Drupal 7 is still used by twice as many sites as Drupal 8


Especially when looking at the subset of Drupal sites that are used by Non-Profit organizations, Drupal 7 is still the most common version in use.

With the end-of-life of Drupal 7 set for November of 2021, there is time to plan a transition before it becomes a crisis.

But what is the best way forward? What are the options?

We will look at the various options that exist and analyze the pros and cons of each.

1: Drupal 8
2: Rely on long-term community/consultant based continued support for Drupal 7.
-- similar to relying on the long-term support that has continued for Drupal 6
3: Backdrop CMS
-- Backdrop CMS is a fork of Drupal before the introduction of symphony as a dependency. It has the coding api's based in Drupal 7 and combines many of the changes that have made it into Drupal 8, such as file based configs and a better content-editing experience.
4: non-CMS or non-Database site builders
-- there are new "static site generators" that might be less complex and more appropriate technology
-- we will only briefly touch on this area to introduce the idea and point out some examples

This presentation will aim to leave ample time for Q & A and discussion.

Who Should Attend
Back-end Developers
Content Editors
Decision Makers
Designers
Everyone
Front-end Developers
Project Managers
Site Builders
Sys Admins
Prerequisites
if you still use Drupal 7, this is for you 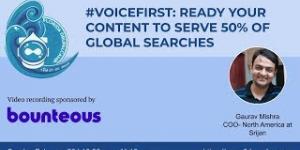 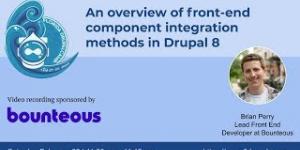 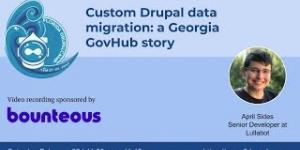