SaaS! How Drupal as a Service Can Save Us All

Drupal is—as always—better and more successful than ever, but Drupal is threatened from two sides. On the one, we risk discouraging new users and contributors, who face too much of Drupal's complexity early on. On the other, proprietary platforms increasingly squeeze out custom web development through sheer economies of scale. Retreating into Drupal's new fortress, the enterprise, aside from leaving many of us behind, doesn't change these dynamics, which will continue until there's nowhere left to hide.

Adding a new economic model, that of software as a service, can make Drupal the best choice for small organizations that can drive innovation and contributions. Instead of waiting for proprietary SaaS companies to slowly add features and come eat our lunch, we can swoop in and eat theirs. At the same time, a well-designed Drupal SaaS provides many more people with the traditional entryway to web development and Drupal: hacking around with HTML and clicking together functionality. So long as we continue to adhere to the principles of Free Software, it's only going to make the Drupal software and community better. And if we organize SaaS-providing businesses as platform cooperatives, we'll be putting the people of the world in control of the software that controls our lives, which, in an age of flying killer robots, may be almost as important as the health and happiness of the Drupal community.

Come hear and talk about how Drupal LibreSaaS, like Open Social and the coming Drutopia, can save us all!
DrupalCamp Montreal 2017 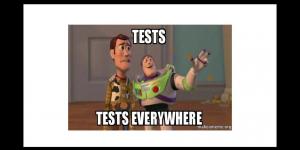 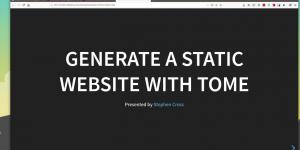 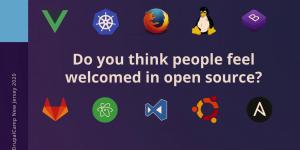 Judging a book by its cover - how inclusive is your community?