Dealing with the Limitations of Gatsby Source Drupal

Gatsby.js is a self described "blazing-fast" static site generator for React. With the gatsby-source-drupal plugin you can easily pull data from a Drupal 8 site using the JSON API Module. While this sounds like a match made in heaven, I’ve noticed that many others in the Drupal community aren’t using gatsby-source-drupal when building sites with Gatsby. After rebuilding my site using Gatsby and gatsby-source-drupal I’ve encountered some limitations that I think might explain this trend.

This session will review:

The challenges I’ve encountered with using Gatsby and Drupal together
Difficulties using the often file and markdown focused plugins offered in the Gatsby plugin ecosystem.
Tips and tricks for using Drupal with Gatsby in a way that can take better advantage of other powerful Gatsby plugins.
Advantages to using Gatsby with Drupal and why I am likely to stick with it.
Decoupled Days 2018 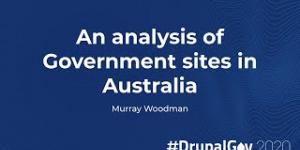 An analysis of Government sites in Australia 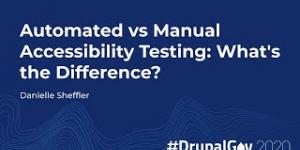 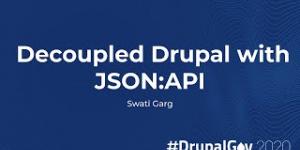