Stories to get you to the next level

When I first started out as a programmer, I was boxed into frontend developer roles while I really wanted to be a backend developer. It was a frustrating experience only being able to do what I knew how to do - instead of what I wanted to be good at. Over time and multiple roles on teams in the US and Canada, both governments and agencies, I was able to rise in the ranks from a junior frontend developer to a backend dev, a technical lead, the lead engineer, and currently, an engineer in developer relations.

Some of that can be attributed to being lucky and a ton of community labor, but a lot of it is strategies that I can share with you - from developer tools, to ideas for better communication, working on cross functional teams, picking up new skills, and suggestions for getting what you want out of your role - especially if you're an underrepresented minority in technology.

I'd like to share these 2-3 stories, lessons learned, and advice I wish I had to help you make the leap to the next level - whether you're a junior developer looking to become intermediate or a developer hoping to transition into a new specialty.


Attend if you'd like to hear stories about how you can:
gain confidence as a developer

grow and develop your career path in the direction you want

use cool tools to update your developer workflows

She recently joined Pantheon's Developer Relations team as a Developer Programs Engineer (DPE) where she works on code to build tools, give talks, write documentation, and engage with open source communities. 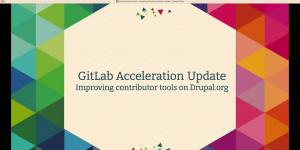 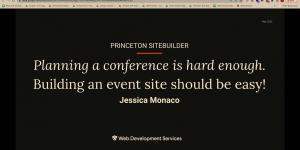 Planning a conference is hard enough. Building a promotional site for your event doesn't have to be! 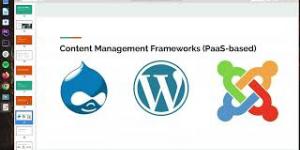 Evaluating the Landscape of Drupal Competition