Deploy to Mars with Lando

You thought Lando was just a flight simulator. A tool to be used on the ground, safely replicating the real-world environment you and your team face in production. What if I told you that Lando is also your production facility, your launchpad, and your mission control? That it’s the launch vehicle that takes you to orbit as well as the ground-support system that sees your mission through to success?

If a mission to Mars could serve as the perfect metaphor for building, launching, and maintaining your Drupal project, then strap in as we head to another world using Lando. Not only will you see how Lando can quickly and easily simulate your production environment for all members of your team, but also how you can use it as a control console for your project and an autopilot to your workflow. We’ll spin up a local Drupal-as-an-app environment for sending static html to space using the Tome module. We’ll produce and deploy build artifacts to the red planet with a single local command. We’ll prevent rapid unscheduled disassembly of your deployment by automating testing. We’ll jettison Drupal’s front end and demonstrate working with decoupled environments. We’ll fire up Lando’s Hyperdrive script to automatically build your project in the cosmos. Whether you’re new to Lando or have extensive flight hours, prepare for liftoff as we use terrible space puns to take you on a mission to Lando on another world. 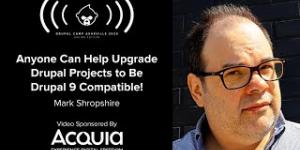 Anyone Can Help Upgrade Drupal Projects to Be Drupal 9 Compatible! 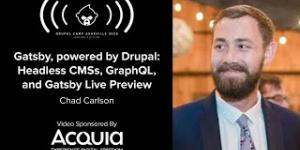 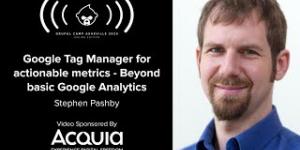