What attendees will gain:

From this session, attendees will walk away with a set of key learnings and guidance for shipping value to customers of the government even at the highest visibility, largest scale products.They will bring back to their organization the learnings from a real Government MVP delivery, and a product-centric approach to the content model that led to success at VA.

In the session, we will highlight how the VA.gov CMS project represented state-of-the art product development, how we addressed the tension between established web-patterns (built with the U.S. Web Design System) and a content-first design, PIV single sign-on, and a decoupled architecture.

We’ll also share our lessons learned for questions such as:

* How do I avoid boiling the ocean to deliver real value to my customers in the first year?
* Will the entire site (and all my stakeholders) need to migrate to Drupal at once?
* How do I build a content model that can launch quickly but is flexible enough for my entire site?
* What about the actual users of our platform - the editors? Where do their needs rank?
* What does iteration of a content model look like?

The VA.gov Case Study:
Drupal, Drupal GovCon, Baltimore DrupalCamp, drupal4gov, GovDrupal
A small team assembled by the US Digital Service, in partnership with the VA, set out on an ambitious mission to stand up a custom Drupal CMS for the Department’s flagship website, VA.gov. The team created the de-coupled infrastructure and developed the content model while migrating the highest priority content from the existing static site, while simultaneously re-imagining, re-designing, and re-writing, VA’s largest digital presence - the Medical Center sites. The team delivered major portions of VA.gov including the homepage and primary Veteran-facing content hubs in staggered releases over the first 12 months, and launched the new VA Medical Center site after 15 months. There were some stressful times, many exciting moments, and a lot of lessons learned. 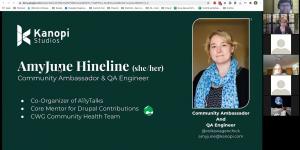 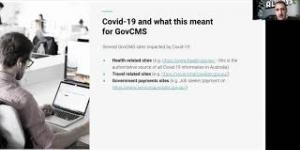 Dealing with unprecedented scale during Covid-19 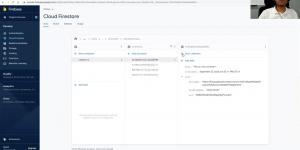 Best of both worlds: Improve your Decoupled Drupal with external personalization (in Firebase)